On July 9, 2017, a resident of Sanford MB in Canada was making hay when he noticed that something very strange happened in the sky. 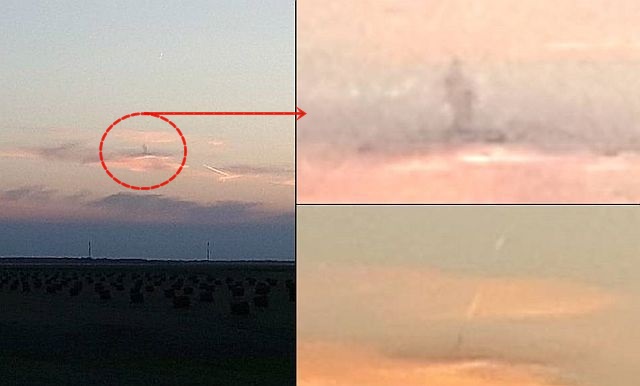 According to the witness, it was as the clouds seemed to funnel towards a dark object, which at first glance looked like a dark human-like figure standing on top of a cloud before it changed into a dark elongated shape.

Although he felt freaked out during seeing, he then witnessed the elongated shape fired something into the air. 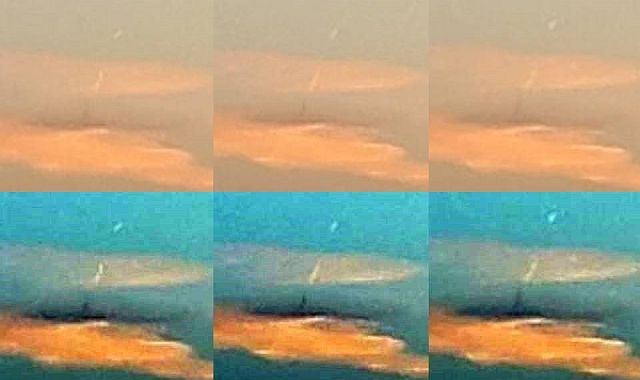 As it was dark shortly and he had a lot of work to do, he got back to concentrating on his job instead of staring to the object that sat in the sky, but not before he took some images of the object as well as he recorded the strange appearance in the sky which files he has submitted to the Mutual UFO Network (Mufon case file) for further investigation. 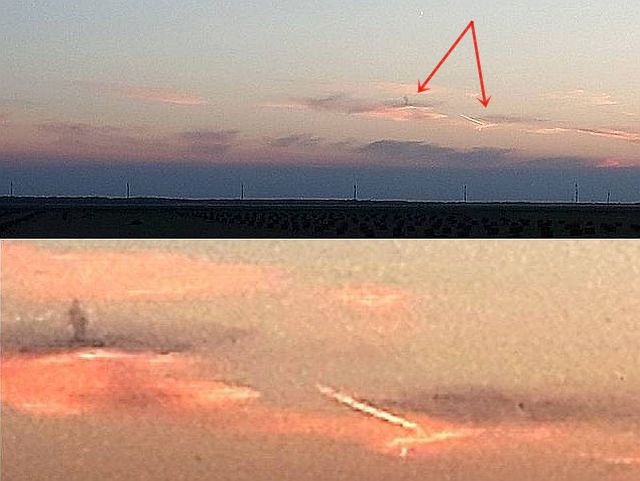 You can see the witness’s original video of the strange event, which starts at the moment the dark elongated shape fires something into the air at the following Mufon link:
https://www.mufoncms.com/files_jeud8334j/85962_submitter_file2__20170709214833.mp4