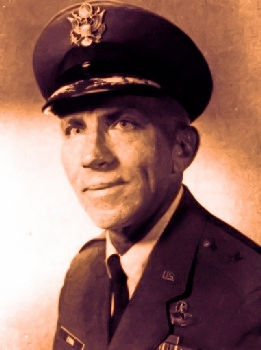 they knew… there was such and such a time they wanted an airplane and pilots to take “X” number of people to wherever, you know. They might be gone two or three days or might be gone a week. The would come back and that would be the end of it. So, there would be certain people in FTD [ATIC evolved into FTD in 1961] that would lay the missions on… I know they went out to Montana and Wyoming and the northwest states a number of times in a year and a half… They went to Arizona once or twice.

These special teams, or these people, would apparently come from around the United States and their assignment was to investigate a UFO sighting according to Exon. He didn’t have much in the way of details about these special flights, but the implication I took away from this was that the teams, or the team members, were a specially trained group who were investigating UFOs at a higher level than Project Blue Book. It was clear that they weren’t part of the Blue Book operation.

We (Don Schmitt and I, who first interviewed Exon) asked if the men were assigned to Wright-Patterson. Exon said, “No. They would come from Washington, D.C.” He also said that the team would be made up of eight, maybe fifteen people, the number probably dictated by the sighting they were investigating. The idea was that if anyone checked, they would learn that the team had been dispatched from Wright-Patterson as a way of disguising the nature of this somewhat secret activity.

During my interview with Exon, I wanted to know if he knew who the controlling agency or agencies were. I thought FTD was one of those agencies, but Exon said, “I don’t know they were controlling but I know where the assignments came from.”

I asked, “That was basically your control? FTD?”

The conclusions that I drew, and the conclusions that Don drew, were that teams, controlled at a different level, but that were not assigned to Blue Book were called in for special investigations. This, according to Exon, was in 1960 and 1961.

But it turns out, according to the documentation that I have just found, this assumption is not true. Oh, the documents were there in the Project Blue Book files for anyone to find who scanned through the boxes and boxes of data as it is contained on microfilm. As, I say, I was looking for something else when I found this.

According to the documents, in a draft of a staff study that was declassified in 1969 but suggested in a document dated December 17, 1958, that:

To provide a flexible investigative force which will not cause a particular drain on any one office within ATIC [think FTD at this point] the Commander has approved the establishment of a volunteer force which will work under the direction of the Aerial Phenomena Group of the Air Science Division when actually engaged in field investigation of UFO sightings. The general ground rules for their employment are as follows:

A total group of from 18 to 20 volunteers will be selected from company grade officers [lieutenants and captains] and NCO’s presently assigned within ATIC. This group will for the most part be people who do not have much opportunity to travel during the normal course of their duties. Once selected they will be given a 20 hour course of instruction in interrogative and investigative procedures and will be checked out on equipment pertinent thereto [the class syllabus was included in the documentation]. Once trained two of these individuals will be placed on alert each week to undertake such investigations as may arise during the week. Orders required for TDY [temporary duty] travel will be processed by the Aerial Phenomena Group citing funds programmed by that Group for such travel. A separate project nick-named “Horse Fly” [which is the first time that I have heard of this project] will be established to provide military airlift for investigators to and from the nearest Air Force installation to point of UFO sighting. Flyaway kits of equipment will be issued by and specific flight arrangements will be made by the Aerial Phenomena Group.

It is estimated that each investigator can plan on about 5 TDY trips of 3 days duration per year.

The officer who signed the document was William E. Boyd, who was a colonel at the time and listed as the Chief of Staff at ATIC. Although what I found was a draft, there was additional discussion about this later but it apparently was implemented. While the suggestion is that the alert teams would be made up of two individuals, there was nothing in the original document to suggest that the deployment teams were restricted to the two people on alert. This sounds suspiciously like the teams that Exon spoke about when he talked to me, though he seemed to have overestimated the size. They didn’t come from Washington, D.C as he suggested, but they were not all consolidated in a single office within ATIC. They would come from a number of locations within ATIC to deploy into the field.

Given that the documents were originally classified (confidential, I believe), and given the nature of the assignment, I don’t believe that there was any reason for Exon to have denied the request for the assets needed. It would have come from inside ATIC [or later FTD], or possibly from the Pentagon, authorizing the use of military equipment to move the personnel into the field. Since it involved specific intelligence, which in this case would be a UFO sighting or landing, there would be no reason to brief Exon on the specific mission. The request would have the proper authorization, and in fact, given the nature of it, and the various authorizations approved, there would be no reason for Exon to handle this personally. Someone on his staff could certainly have made the arrangements and if there were questions about the authorizations, those might have been bumped up to Exon for resolution, but I doubt that would be necessary. This suggests the reason that Exon was rather vague on the nature of the assignments. He wouldn’t be doing the work himself, one of his staff did, and Exon was probably briefed on this, as he would be on other aspects of the operations at Wright-Patterson that fell under his area of authority. At the time, this would not have been a big deal, but the routine movement of assets to a location where their expertise would be of value.

This means, I suppose, that we shouldn’t draw any specific conclusions about the nature of these teams, simply because we now know about their formation, their purpose, and their deployments. They were sent to investigate UFO sightings that would require the expertise that these officers and NCOs brought to the table based on their 20 hours of classroom work so that they knew, at least in a rudimentary sense, what they were doing.

What I don’t know at this point is where their reports would have been sent. Probably to the Aerial Phenomena Group, which would have been housed at ATIC and then FTD when the name change came about. All I really know is that the teams were formed and were apparently deployed on a number of investigations. While all this is interesting, it seems to lessen the importance of the information supplied by Exon, but it does give another avenue of investigation. It will be interesting to see if I can find the results of those investigations that Exon mentioned.

General Arthur Exon Confirmed . . . That the Roswell Debris was …