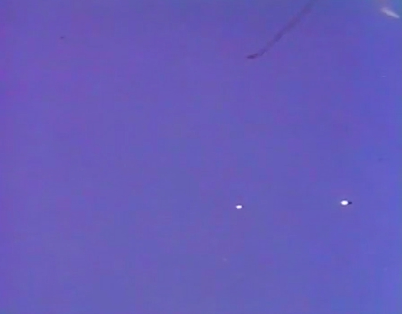 “They appeared to be of a bright, shiny metal, like polished silver. Both were the same size and traveling at the same rate of speed, which was much slower then the jets that shot by shortly after I filmed the discs. Suddenly they stopped. It weas then I remembered the camera ….”

team general manager Nick Mariana describing his home movie of what is purported to be two unidentified flying objects in the skies over the Electric City in August 1950.

Mariana’s UFO Film One of The Best Produced

“Another Thing Great Falls is Known For is UFOs – Really”