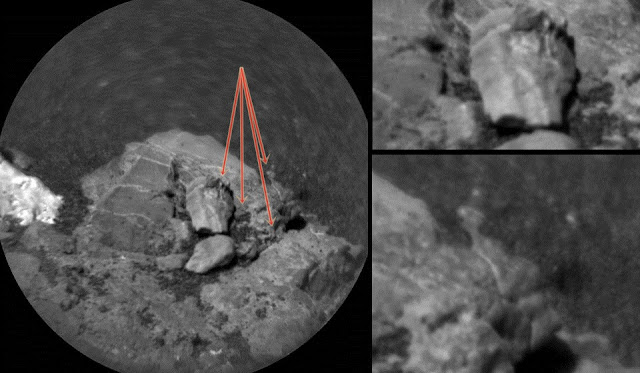 The image below shows some interesting very small objects: 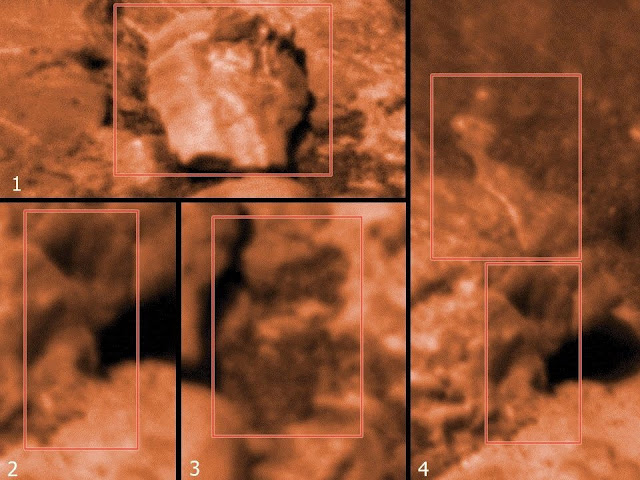 Of course, the interpretation of the objects is as I see it. The very small objects can also be rock particles, but apparently something has attracted NASA’s attention, on which they have decided to take a close-up image especially of this part of the rock.