While flying over the Evenk taiga and its impenetrable swamps in the Arkhangelsk region in Russia, a pilot saw something incomprehensible. 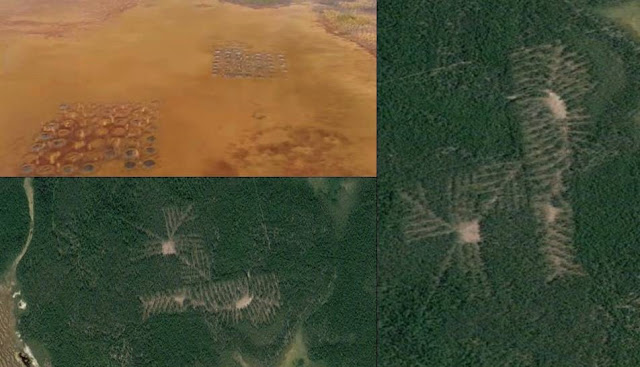 What he discovered was a group of spots with many strange old unnatural looking pits filled with water in the ground.

The pilot was able to film the pits and reported the phenomenon to scientists on which they decided to visit the place and concluded that there were more similar pits though some of them were covered with moss. 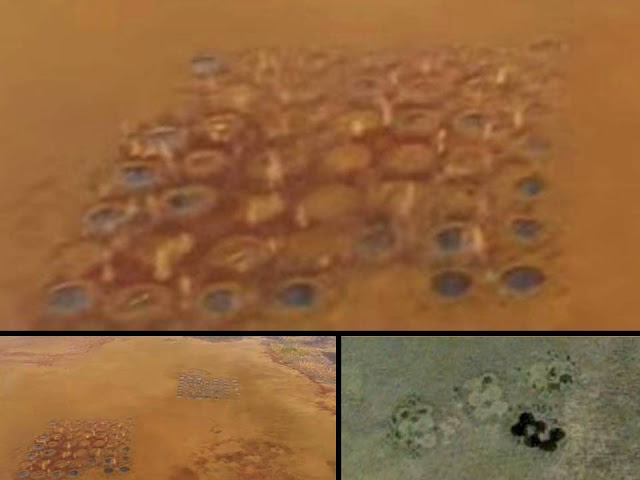 Even more mysterious is an enormous spot that looks like a kind of crop circle structure, which is located at about two kilometers from the pits in the ground. 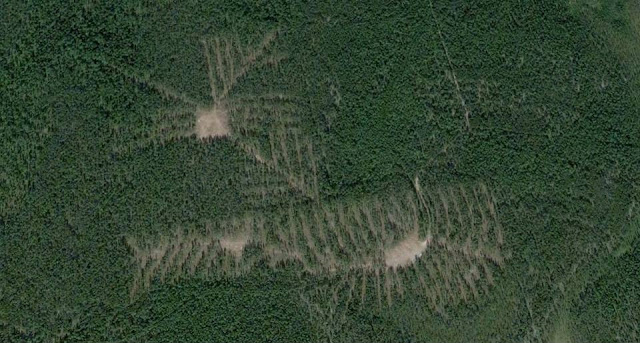 Further research into the origin and meaning of the pits as well as the strange crop circle like structure which clearly shows a pattern, will undoubtedly be carried out by the scientists.