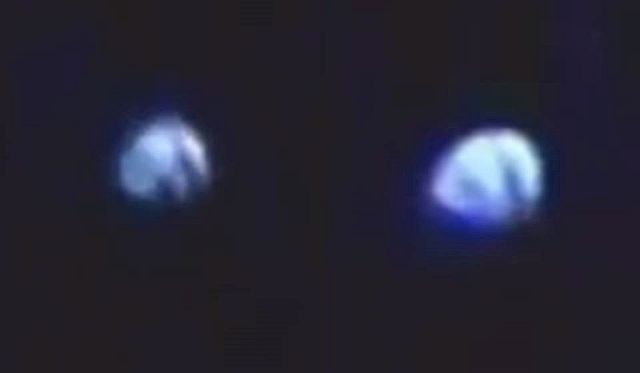 The blue light, while moving up and down, it got dim then bright, disappeared then appeared. Then I looked to the NW sky and saw an almost identical blue object doing the same maneuvers.

During the sightings my dog seemed to be scared as he made some weird unusual squeaks and noises.

I recorded both objects but I really don’t know what I am looking at.