Breakthrough Listen, an initiative to find signs of intelligent life in the universe, has detected 15 brief but powerful radio pulses emanating from a mysterious and repeating largely unknown source ‘FRB 121102’ a dwarf galaxy about 3 billion light years from Earth. 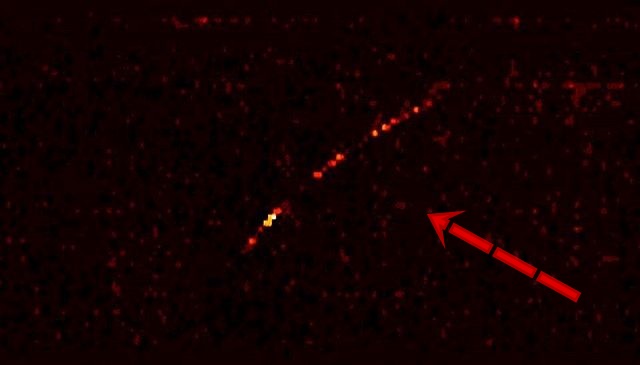 The streaks across the colored energy plot are the bursts appearing at different times and different energies because of dispersion caused by 3 billion years of travel through intergalactic space. Credit: University of California.

Whether or not the fast radio bursts turn out to be signatures of extraterrestrial technology, bursts from this source have never been seen at this high a frequency,” said Andrew Siemion, director of the Berkeley SETI Research Center and of the Breakthrough Listen program to phys.org.