It’s pretty easy to be continually in awe of space and new discoveries around it, but every now and then, NASA outdoes itself. 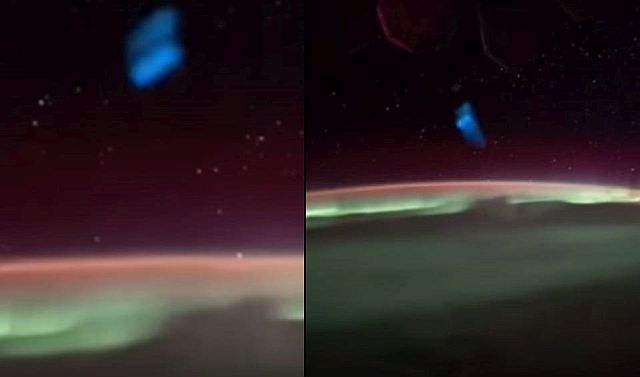 This time it comes from a time-lapse video the organization released on June 30, showcasing the aurora Australis lights in the southern hemisphere.

Captured by the International Space Station (ISS) on June 25, the video of the lights is truly breathtaking.

But the ISS camera captured not only the light show from space it recorded also an unknown blue object (at about the 0.39 and 0.55 marks) that appeared and disappeared in a split second as well as several UFO’s while flying over the Aurora Australis.