Two Major X-Class Solar Flares were unleashed off the solar corona from Active Region 12673 on September 6, 2017.

The First eruption registered was a X2.2 Blast at 9:10 UTC then shortly after at 12:02 a Huge X9.3 Solar Flare ripped off the solar surface, the strongest solar flare in more than a decade. 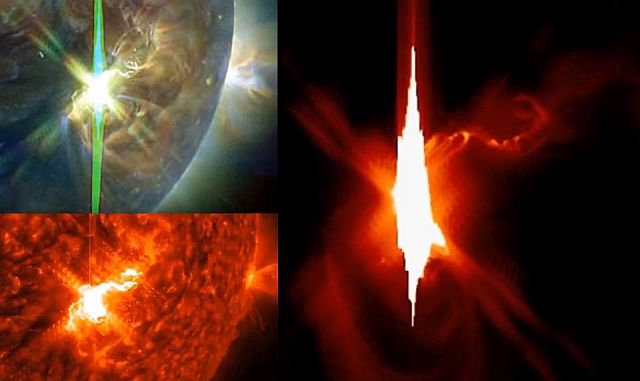 Both eruptions took place while in an earth-facing position so the incoming (CME’s) Coronal Mass Ejections will have earth-directed components and reach the earth in 2-3 days where very strong geomagnetic storms could be possible.

Two large Coronal Mass Ejections (CME’s) are now visible on the SOHO Satellite and does look to have an earth-directed component which should provide significant geomagnetic storming sometime Sep 8-9 where Aurora should be visible at mid to high latitudes.