Chris Rutkowski is a science writer and UFO researcher. He has authored several books on UFOs and has also taught courses on the subject. Next month Rutkowski will begin teaching his latest UFO course for the continuing education program for the St. James-Assiniboia School Division in Winnipeg.

UFOs are still somewhat of a taboo topic and often met with ridicule in the world of academia, so UFO courses are few and far between. However, ridicule is something Rutkowski combats well with a well developed sense of humor. And, being a science writer, Rutkowski also understand how to bring credibility to a topic that is often misunderstood. 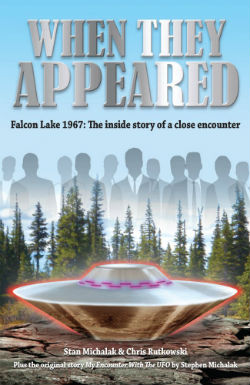 “I often get asked, ‘What is really going on? And where do I get good information?,’” says Rutkowski. “Such courses are a way to educate the public about a very confusing subject.”

Although the public’s curiosity is healthy when it comes to UFOs, it was Rutkowski’s relationship with the St. James-Assiniboia School Division that helped get the course created.

“I have been teaching courses on writing for several years. They asked me if I had ideas about other courses I could do and I suggested a course on UFOs,” explained Rutkowski. “Because my latest book came out a few months ago and is about a major UFO case in our area, and because it’s been getting a lot of attention, they knew about it and thought it would make a good special interest class.”

Rutkowski’s latest book, co-authored with Stan Michalak, is titled When They Appeared. It is about a famous alleged UFO encounter in 1967 near Falcon Lake, which is a bit less than 100 miles east of Winnipeg. According to the book’s description, the incident was the most investigated UFO event in Canada’s history.

The story is very odd. On May 20, 1967, Stefan Michalak, father of the co-author, says he came across a strange craft. It had some sort of vents on the side. It took off and in the process injured Stefan, who suffered from burns on his chest in the pattern of the vents on the craft. 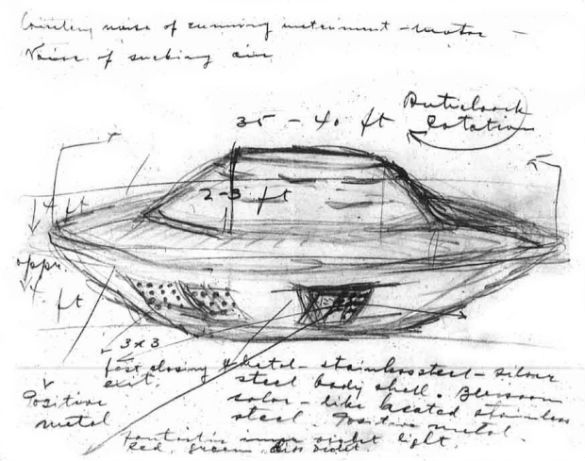 Stefan Michalak’s sketch of the strange craft he encountered. 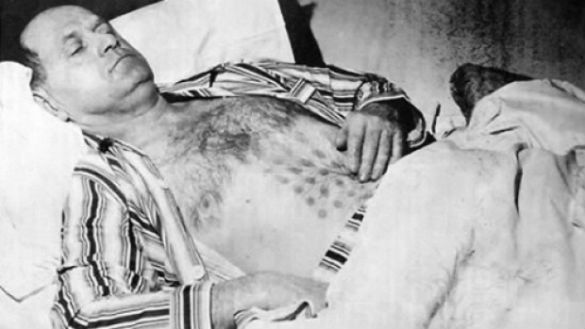 Stefan Michalak was treated at a hospital for burns to his chest and stomach that later turned into raised sores on a grid-like pattern.

The news soon got ahold of the story and it became a media sensation.

“It just flipped our lives over,” Stan recently told CBC News. “It took several years before it finally died down.” 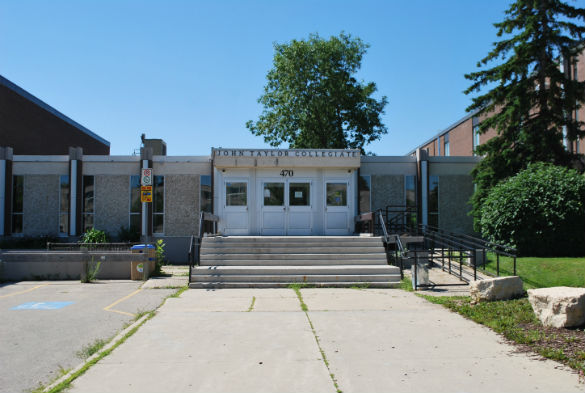 I asked Rutkowski if he felt teaching the public about UFOs was important. He replied, “Yes, in that there is a real thirst from the public for information about UFOs beyond tabloid news.”

As a science writer, and someone who takes the UFO phenomenon seriously, I also asked what approach Rutkowski takes in presenting the course material.

If you live in the Winnipeg area, you can register for Rutkowki’s UFO course, which starts September 25, 2017,  at www.localcourses.com, and you can find the book at the publisher’s website, McNallyRobinson.com. To find out more about his work, you can follow Rutkowski’s UFO Blog at uforum.blogspot.com.