This short 1959 Walt Disney film not only advocates drones, cloud seeding, weather control, climate modification, storm steering, and wireless electromagnetic manipulation of the atmosphere but it also shows a massive hurricane which is going to hit Florida. 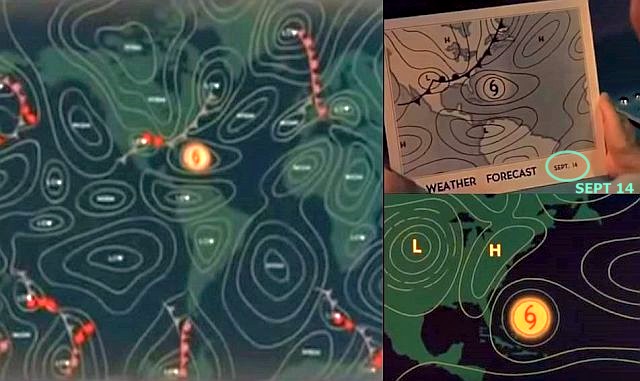 If we are looking at the path of Hurricane Irma and we know that Irma is going to hit Florida the coming days and we see at about the 16 minute mark of the film a weather forecast map dated September 14 and other weather maps showing the path of a massive hurricane which is going to hit Florida then we may wonder whether it is just a coincidence that the 1959 film shows a hurricane event similar to Hurricane Irma or the idea of manipulation the weather was there all ready in 1959!