On September 7, 2017, one day before the massive earthquake in Mexico a cluster of Unidentified Flying Objects has been filmed over the US/Mexico border. 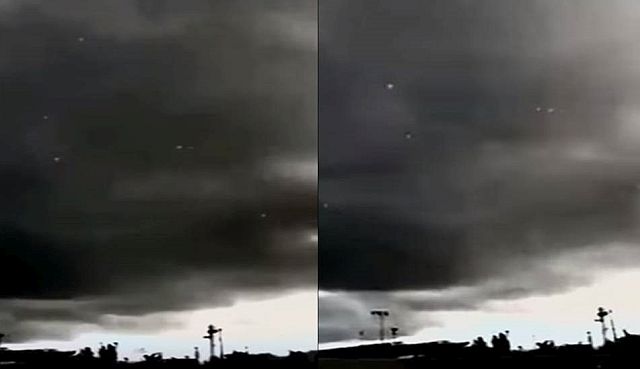 According to the latest rumors, there are a lot of those objects in the sky right now above the California /Mexico border that would be the San Andreas Fault Line.

When reading the latest forecast earthquakes from Dutchsinse, then he expects the coming week large earthquakes near the West Coast USA and Japan. Let’s hope he’s wrong!!