The Orb phenomenon is still a mystery. While, some researchers have agreed that some orbs are the result from natural phenomena such as insects, dust, pollen, or water vapor there is no doubt that some orbs may well be representing something supernatural, a reality that is not yet understood by UFO and paranormal investigators. 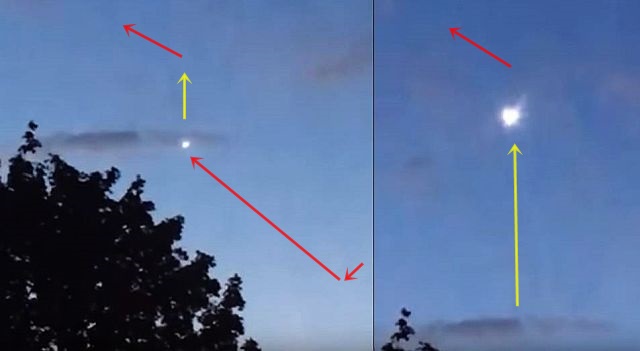 Is such an Orb evidence of spirit presences representing the essence or soul of a departed person or is such a luminous sphere something that is under intelligent control of an extraterrestrial race?

While there is a lot that has yet to be explored about this phenomenon, it has been proven that authentic orbs have their own flight trajectory and they emit their own light and that is exactly what Gary Lowe has filmed when he was in his car through Dagenham, Greater London on September 23, 2017.

When Mr. Lowe noticed the object in the sky he then pulled his car over and started to film the glowing object, which erratically darting across the sky and was moving ‘too fast to be explained’ without making a sound, reports dailymail.