The Mutual UFO Network’s chief photo expert, Marc D’Antonio, says he was on a US Navy submarine when they tracked a very fast moving object in the ocean. Subsequent responses from Navy personnel lead D’Antonio to believe the Navy has a secret program regarding Unidentified Submerged Objects (USOs).

USOs are the underwater equivalent to UFOs. Although much less popular, there are famous USO cases Ufologists often reference.

One of the most interesting USO stories, for me, is that of my friend D’Antonio’s. I have heard it several times in his company, and I believe we talked about it on one of his many appearances on the Open Minds UFO Radio podcast. 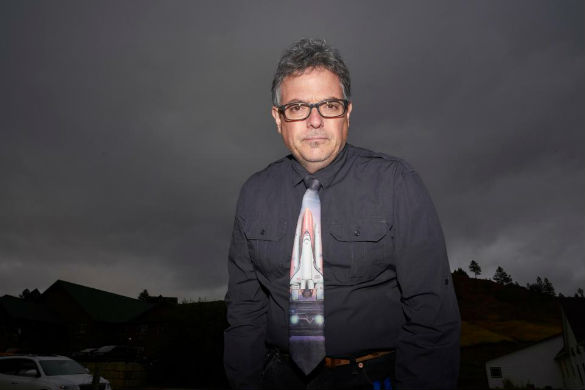 D’Antonio, beside being an astronomer and photo expert — among other professional exploits — is also a model maker. He has had several government contracts to build models, many requiring a Top Secret clearance. Among these contracts have been projects with the Navy.

D’Antonio says he was once invited to take a ride in a nuclear submarine and at one point things got weird. Although D’Antonio has told the story before, it has not been featured in the mainstream media until recently. D’Antonio and I both gave presentations at the recent Devils Tower UFO Rendezvous in Hulett, Wyoming, and Emma Parry from the UK’s The Sun was there to write about it. 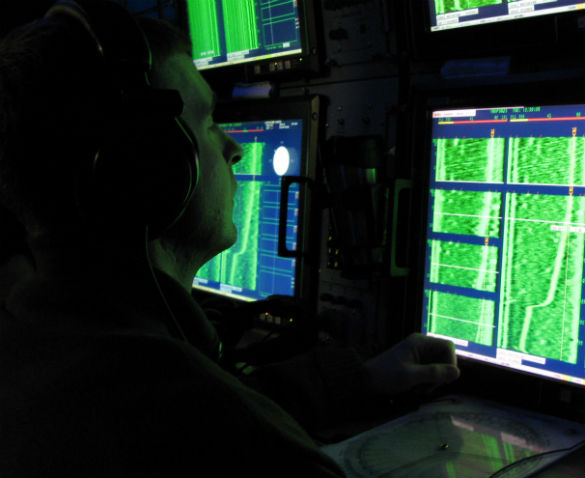 She has written several stories stemming from the event, one of them on D’Antonio’s USO encounter. Here is what she wrote on D’Antonio’s recollection of the USO during his Devils Tower lecture:

“I was sitting there zoning out a little because I was sea sick and all of a sudden the sonar kid shouts ‘fast mover, fast mover’ and I’m jolted awake – thinking ‘What’s happening? Is it a torpedo?’

“The executive officer comes out and the operator shows him the path of the object and the officer says ‘How fast is that going?’

“And the kid said ‘several hundred knots’. I start to lean forward to listen in – and the officer said ‘Can you confirm it?’

“So he goes to another sonar machine and confirmed it wasn’t a machine anomaly – it was real. I thought ‘Wow that is incredible’.

“When the sonar guy said ‘What do I do with this?’ the officer said ‘log it and dog it’ – in other words log it and bury it.”

Four years later Marc said he was doing some more contract work for the Navy when he spoke to a senior naval figure about what he saw.

“I asked him ‘Can you tell me about the Fast Mover Programme?’” Marc explained.

“He looked at me and said ‘Sorry Marc I can’t talk about that programme’.

“So he basically confirmed to me that the programme exists – he said everything without seeing anything.

“What that told me was that USOs are common – we even have a programme in place to classify and log and determine the speed of them and it goes into a vault.”

Pretty odd encounter, I believe. I have known D’Antonio for a long time, and he is very careful about what he says. He is known for his skeptical perspective, as any good scientist should have. So, for me, his claims go a long way.

Some readers may respond with “Duh! Of course the Navy tracks USOs!” Others may feel like D’Antonio’s claims are too sensational to be believed. All I can say is that I trust D’Antonio, for whatever that is worth.