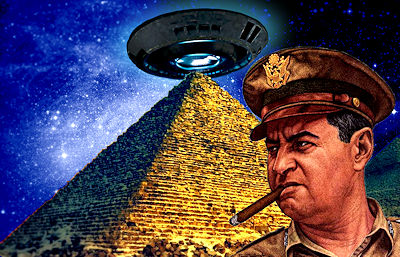 To UFO buffs, Gen. LeMay is best known for his role in the anecdote that Senator Barry Goldwater told….

Remarks at a Rodeo

“The best information in my opinion on them is to be found in a book written by an Englishman explaining numerous such mysteries. He says that the first flying saucers were seen in Egypt about the year 3,000 B. C.”

Why I Believe in Flying Saucers