On September 27, 2017 SOHO’s LASCO C2 and LASCO C3 satellites have captured the final moments of a large comet at the moment it’s racing towards the sun before diving into the surface.

Even more interesting is an unknown solar object which became visible at the ‘high noon’ position of LASCO C3. 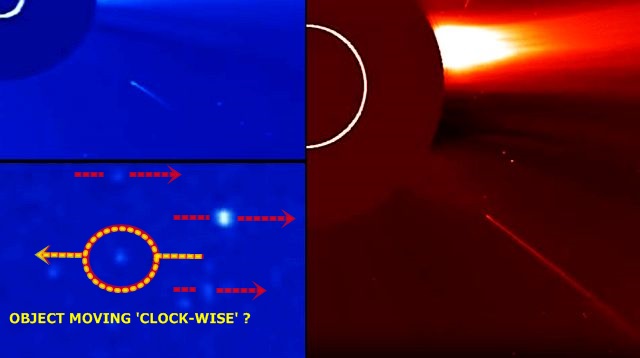