Reality may be just an illusion, what we see could be just one big projection of holographic anomalies. 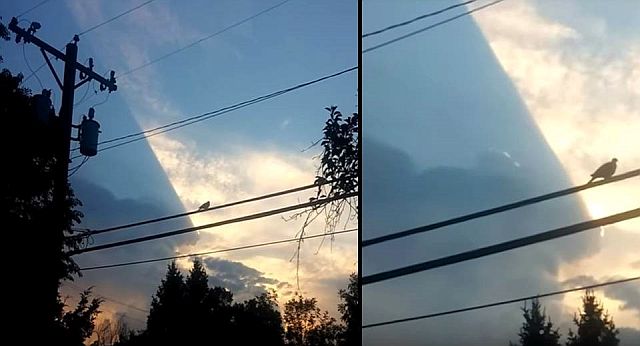 It sounds crazy but in 1997 theoretical physicist Juan Maldacena already proposed that our Universe is not real and would be merely a hologram. while several other physicists back up Maldacena’s theory as they have worked out simulations which has provided some of the clearest evidence that indeed our Universe could be just one big projection.

If our entire existence is a program then who is running the simulations?

According to Oxford philosopher Nick Bostrum it is quite possible that an advanced civilization with enormous computing power has decided to run simulations and projecting holographic displays to create an illusion and we are all living in this illusion.

If that should be the case then what about the strange light anomaly in the sky filmed from an unknown location on September 28, 2017 that looks like some kind of projection which covers a part of the sky/clouds.