While checking Mars images captured by the Curiosity Mars Rover, Streetcap1 spotted a strange figure that looks like a woman in a striped colorful top crouched down looking at the Rover. 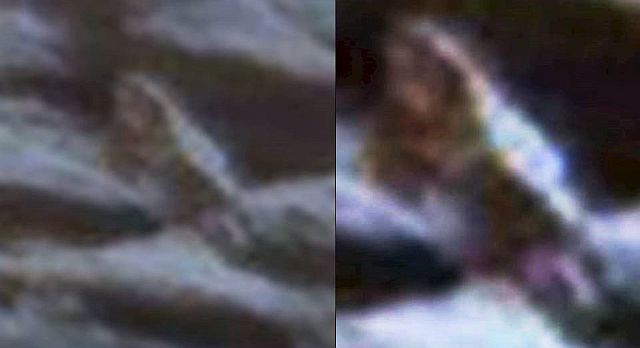 As it is not the first time that human-like figures have been spotted on the surface of Mars we may wonder whether this figure is really a human or humanoid living on Mars or just an incredible case of Pareidolia.

Now suppose the woman in the colorful striped top is real than the thing that I ponder here is, who is she and how she ended up there?