An unknown large bright orb was recorded hovering over the Pacific Ocean near Newport, Oregon on October 3, 2017.The object not seeming to move for nearly 4 minutes before it just disappeared. 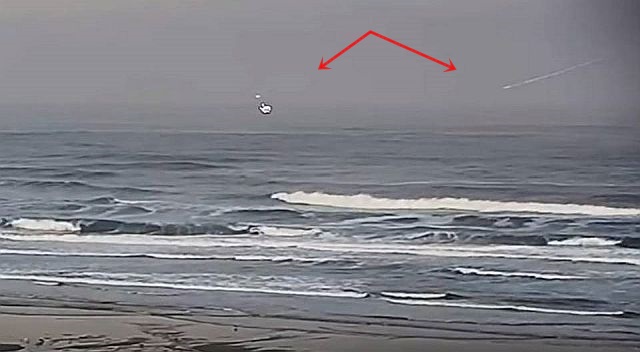 As MrMBB333 talks only about the bright orb he probably missed a second object with a smoke trail that looks like a missile or meteorite coming in from the right side of screen, right going towards the orb. Then the orb disappears at the exact moment the incoming object hits the ocean.

While some people suggest that the bright orb is the light on the mast of a vessel it does not explain the incoming object and the sudden disappearance of the orb at the exact moment the incoming object falling into the ocean. Just a coincidence or is it connected to each other?