Some people caught the asteroid on camera at the moment of its final impact behind thick clouds.

What strikes is the strange rectangular shaped cloud above the asteroid moments of its final impact as it doesn’t really look like a natural cloud but more like cloaked object! 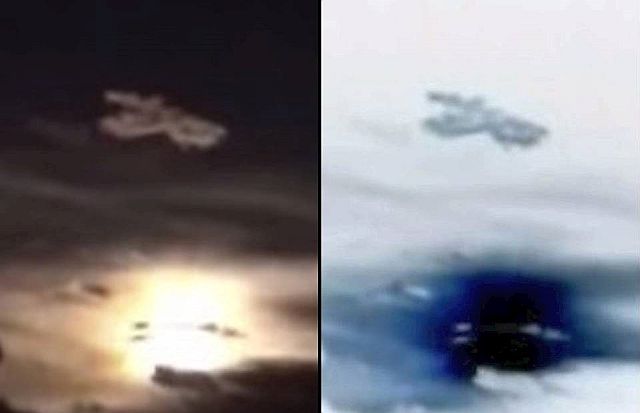 NASA said that the explosion was equivalent to 540 tons of TNT. Seismic agencies registered a seismic impact of 2.1 Magnitude.

Asteroid and meteor observers speculate that there might be remains of the asteroid have been falling on the ground, since the asteroid exploded at a relatively low height above the Earth’s surface.