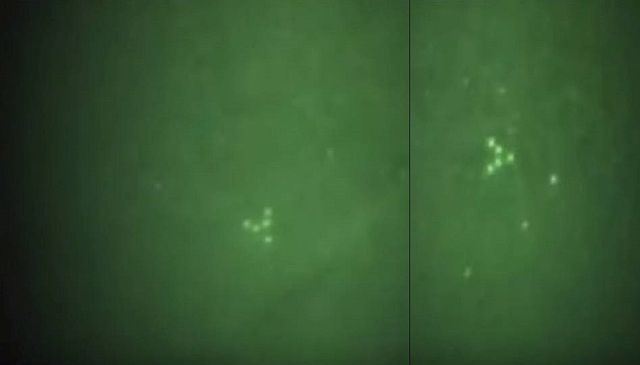 The infrared camera captured this triangular UFO during the night. The camera shows several objects like airplanes, but these can also be seen with the naked eye.

The UFO was not visible to the naked eye and only showed up on the infrared camera. So it is quite possible that the UFO could be the infamous TR-3B secret airplane.

The existence of the TR-3B gets more credibility as it seems that this aircraft has been on a secret mission where it penetrated North Korea Airspace where it loitered, undetected for “over four hours according to news channel Halturnershow who has close connections to several government agencies.