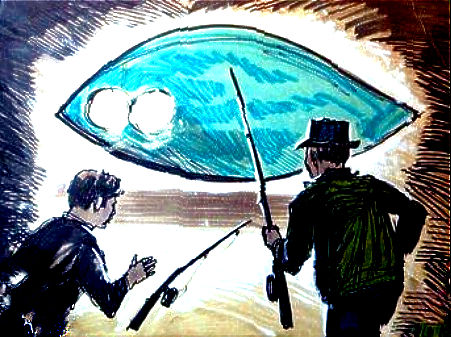 alien abduction all a hoax or were two fishermen really picked up by a UFO in Jackson County on October 11th, 1973? Retired Jackson County Deputy Glenn Ryder was working the night the call came into dispatch. “That boy was so upset, he was crying. He was scared to death and literally begging Charles not to talk to us.”

After 42-year-old Charles Hickson and 19-year-old Calvin Parker frantically told deputies they were just abducted by aliens, the two men were brought in for questioning in a room secretly rigged with a tape recorder. Ryder and other authorities left the two men in the room alone. “That boy was still crying, saying ‘don’t talk to them Charles. Those people are going to come back and get us. I’m scared. I’m scared.’ And I when I played it, I knew something was wrong.”