On October 13, 2017 WebcamsdeMexico recorded a sort of blue beam in the sky. 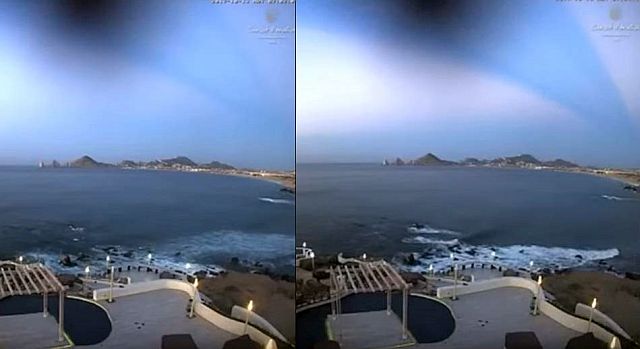 At first I was sure, like the big black spot, it was lens flare or crepuscular rays (rays of sunlight) that appear to radiate from the point in the sky where the sun is located but then I realized that the Sun is rising to the left of the screen, while the strange beam is coming from the right.

Despite I have no answer to this strange sky phenomenon I’m just considering if it could be a holographic laser projection performed by an unknown device using highly advanced laser technology.

According to physics.stackexchange you can lock the frequency of two lasers to each other, so as one drifts the other follows identically. If you phase lock the two lasers, then you will be able to see the interference pattern with your eye.