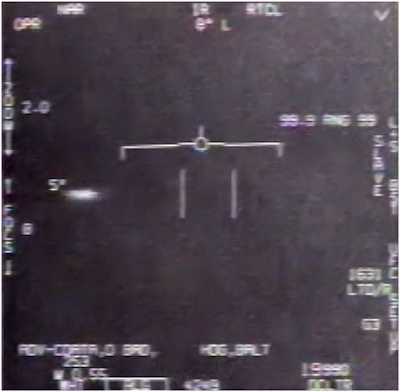 share that they ask for a debriefing of the incident from the Navy. Please share this FB site with anyone that you know who would be interested.

I was first told of this UFO incident in July of 2016 by an individual who was involved in the investigation of this event. He told me that the incident had been partially leaked to the internet, so that I could begin my investigation without involving my friend. Knowing a few of the key words I was able to locate the leaked story here: fightersweep.com (Ignore the UFO photos in the article as those are just add-ons by the author for effect and are not related to the actual event.)

What attracted me to this story was that it was not on a typical UFO site, but was found on a site authored by a formal naval aviator and who predominately writes about naval aviator stories, not UFOs. So he had no UFO agenda to push. And the author went out of his way to establish the excellent background of the commanding officer of the F-18s known as the Black Aces. The story was full of “navy talk” and I spent considerable time deciphering that WSO = weapons system officer, SPY1 = phased array radar, E-2C Hawkeye = type of airborne early warning aircraft, BFM = basic fighter maneuvers, etc. Once I had read the full story, I felt that there was a strong likelihood that the event my friend had directed me to had actually occurred.

I next began online investigations to verify the identity of the individuals in the story and I found that those officers were all legitimate and had served in the Navy during that time. I searched additional websites for clues to this event.

First, I found a Navy Event Summary document that had been leaked to the internet by an unknown source that mentioned this event. The document had much of the same information as was provided in the naval aviator’s story: dates and locations match up; USS Princeton detects objects on radar and dispatches the F18s; F18s don’t find a radar target but detect the object visually; F18s engage the unknown; and F18s are outmatched by the unknowns. I then ran the Navy Event Summary document by a retired naval officer and he indicated that the document looked legitimate in terms of its format. See documents below:

My friend who had originally told me about this case indicated that there had been video taken of the object and that it had been released to the internet several years ago and then was later removed. A copy of that video was obtained using the WayBack machine which is an internet site that maintains historical website data.

Of these three documents, the one that I find the strongest is the story by the naval aviator. The Navy Event Summary and the F-18 video support the story but more was needed. The question in my mind then became—could I support this information from another source. In December of 2016 I submitted nine FOIAs to various departments of the Navy and Marines to try and verify this event. In Part II of this series, I will share the information on the FOIAs that I submitted.

UFO Tracked By Radar and Photographed Over USS Nimitz