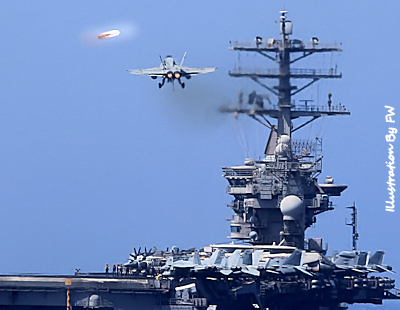 By April of 2017 I had received replies on all nine of my requests for information. In every case the Navy replied that they had no information responsive to my request. I appealed two of what I considered the most important of the nine FOIAs to the Navy’s Judge Advocate General (JAG). The first appeal came back denied. In the second appeal I pointed out to the Navy JAG officers that another appeal denial would would indicate that on November 14, 2004, that they had no records on five different Navy assets. I copied my senators and congressman on my appeal. This time I had success. Although the Navy again indicated that they could find no documents, this time they provided me emails with some very interesting information that establishes the encounter with the unknown craft did occur.

Remember in Part I of this story that the F-18 pilot referred to the objects encountered as resembling the oval candy known as tic tacs. JAG provided me an email they received from a Marine Lieutenant Colonel that began as follows: “I am definitely aware of the ‘flying tic tac’! We were aboard the USS Nimitz attached to CVW-11. The CO of VFA-41, CDR Fravor had the video footage on his ATFLIR and several pilots in VMFA-232 saw the video.” Bingo! Not only did this event happen, the video was witnessed by a number of Navy and Marine officers. Is the video the same one that was leaked to the internet? We can’t know for certain but I think if the Navy has done their due diligence then they still have a copy of that video.

And then a second email was provided to me by JAG from a Marine Major. In that email he states, “MAG-11 (Marine Air Group 11) Operations should have a Point of Contact at the archive to facilitate recovery of these files.” This clearly indicates that the Major would expect the Marine archival group to have copies of these records. And would it not be reasonable to expect that the Navy would have the records archived of such an extraordinary event! I will appeal again for a copy of those records.

In total, I have the names of nine different Marine and Navy officers who either participated in the encounter with the unknown craft or have direct knowledge of the event. I will again appeal for the actual case files but the only way to get to the bottom of this mystery is to ask a Congressional subcommittee to get involved. In Part 3 I will give you step by step instructions on how you can help petition your congressman. Please share this story with others.

UFO Tracked By Radar and Photographed Over USS Nimitz