While driving on the highway 15 miles outside of Carlsbad, New Mexico on October 23, 2017 the witness noticed a huge strange object standing in a field. 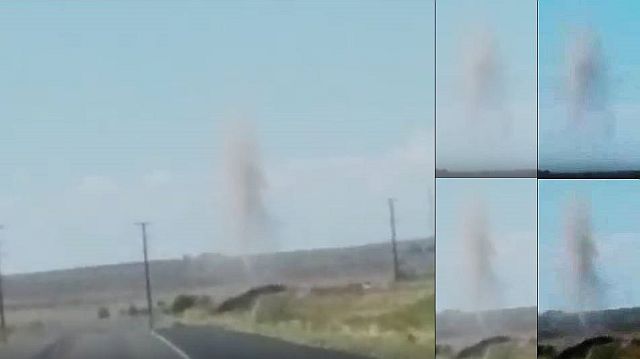 Surprised by what he witnessed he tried to capture the object on his camera but as soon as he started recording it took off.

According to the witness, he has no idea what he has recorded and wonders whether it was a so-called ‘dust-devil’ or something that cannot be explained?