On November 14, 2004, numerous aviators and seaman from the USS Nimitz carrier battle group were witness to events that demonstrated beyond any reasonable doubt the existence of advanced airborne technologies far superior to anything America presently deploys. 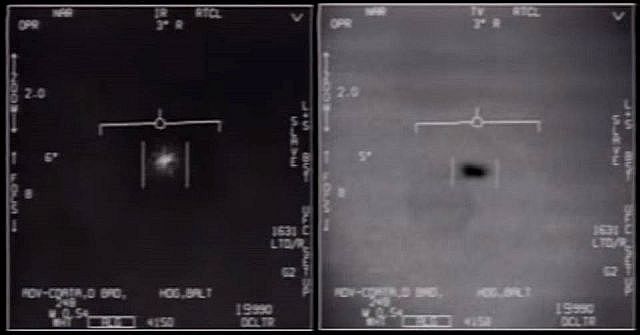 The government has long covered up these kinds of UFO incidents, asking service personnel to not discuss the details but the case of the USS Nimitz and a UFO encounter its crew had on November 14, 2004 have since been independently confirmed by two former senior Pentagon officials, Christopher Mellon and Luis Elizondo, who have spoken directly to some of the pilots involved, read more here.

Below: Extract taken from the Official Navy event document 2004.

1. Fast Eagles (F-18 110/100) upon take off were vectored by Princetown and Banger to intercept unid contact. Princeton informed fast eagles that the contact was moving at 100 KTS – 25KFT ASL.

2. Fast Eagles (110/100) could not find unid airborne contact at location given by Princetown. While searching for unid air contact, Fast Eagles spotted large unid object in water at 1430L. Pilots saw steam/smoke/churning around object. Pilot describes object initially as resembling a downed airliner, also stated that it was much larger than a submarine.

3. While descending from 24K FT to gain better view of the unid contact in the water, Fast Eagle 110 sighted an airborne contact which appeared to be capsule shaped (wingless, mobile, white, oblong pill shaped, 25-30 Feet in length, no visible markings and no glass) 5NM west from position of unid in water.

5. Pilot estimated that capsule achieved 600-700 KTS. The 110 could not keep up with the rate of turn and the gain of altitude by the capsule. 110 lost visual ID of capsule in haze. Last visual contact had capsule at 14 KFT heading due east.

This infrared video was allegedly captured from one of the F-18’s (Fast Eagles 100/110) from the U.S. Navy USS Nimitz Carrier Strike Group-1, involved in the UFO incident. This video was leaked online by an unknown source, but was confirmed to be real by someone with inside knowledge of the incident according to OpenMindsTV.