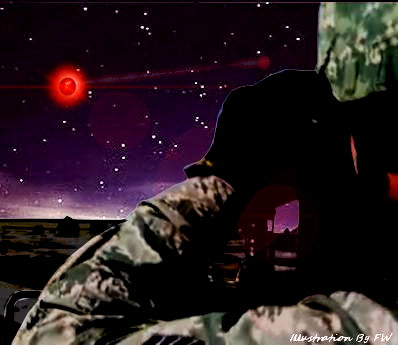 I was a Flight Security Supervisor (FSS) for the Minuteman missiles at Grand Forks AFB, North Dakota, from May 1973 until December 1978. We had an incident around 1977, when strange lights took over our missiles. You may already have this data, so I won’t go into it deeper. I just wanted to confirm that these incidents were happening.

I responded to Mr. Johnson, asking him to send me his DD214 military service record and further requesting to speak with him on the phone; he readily agreed to both. Over the course of a half-hour, he told me:

As an FSS, I would travel to all of the missile sites under my supervision, to conduct inspections and engage in other security-related activities. One night, in 1977 I believe, I was approaching the Golf-0 Launch Control Facility (LCF) around midnight, when I heard on the radio that they were dispatching a Security Alert Team (SAT) to investigate a Situation-4, which is the possible penetration of a launch facility (LF). I don’t remember which one but alarms had gone off there and the team was being sent to check it out. Alarms were common, for one reason or another. A bird could fly through the fenced area and the on-site radar would activate an alarm. So I wasn’t too concerned by the report.

Anyway, as I got to the LCF, the SAT team was just leaving and opened the gate for me. I then spoke with the Golf Flight Security Controller and we listened to the team calling in their reports as they neared the missile site.

They were seeing unidentified lights in the sky some distance ahead of them. Some appeared reddish in color. They kept jumping around the sky; one minute they’d be hovering at one location but, suddenly, they’d rapidly move to another spot. Really, really fast, according to the team leader. Other times, a light would blink out at one location, then another light would blink on in another spot, but the SAT team couldn’t tell whether it was two different objects or the same object jumping from one location to another. The sky was clear with no clouds, but I’m not sure whether the moon was out that night.

Now, I wasn’t too surprised when I heard the reports of lights near the launch facility. We [security personnel] had already been briefed, two or three times in previous months, about unidentified helicopters that had been intruding above missile sites at other [Strategic Air Command] bases. Those briefings were like regular Commander’s Calls, but were conducted by Office of Special Investigations agents. As you know, OSI is like the Air Force’s FBI.

But as I listened to the SAT team on the radio that night, what they were describing sure didn’t sound like helicopters. There was no noise associated with the lights and the rapid jumping around the sky, in the blink of an eye, was definitely not something helicopters could do.

A short time later, one of the missile launch officers at Golf—a young lieutenant—told us that they had lost control of the missiles right when the lights appeared over the sites. I’m not sure if he meant all of Golf Flight—which would be 10 missiles—or only some of them.

I asked Johnson what he meant by “lost control”. He replied, “The officer said that they couldn’t communicate with the sites. The Golf Launch Control Facility could not have launched their missiles if they had been ordered to do so. Several days later maintenance teams were in the field, supposedly changing the targeting codes in the missiles. At least that’s what we were told.”

This last statement suggests that the Golf Flight missiles’ guidance systems may have been affected by the UFOs. In other such incidents in the 1970s, at other SAC bases, the ICBMs’ targeting codes were found to have been mysteriously altered or erased, according to veterans interviewed by myself and other researchers. In other words, if the missiles had been launched in time of war, they would have been unable to hit their designated targets in the Soviet Union.

I asked Johnson if he had been debriefed following the incident. He said he had not been and, as far as he knew, neither had the SAT team members. If that were true, it would be a departure from the normal response protocol described to me by other USAF security police veterans who apparently had to endure extensive debriefings following UFO incidents at ICBM sites.

For a detailed summary of some of the other cases, please view the video of the press conference above, or read my book, or watch my documentary film. Declassified U.S. government documents concerning UFO activity at nuclear weapons sites are also available at my website.