A weird colorful sky phenomenon has been filmed by Mrmbb333 on November 6, 2017 at 11.11am as he walked out of his home depot in Gilbert, Arizona. 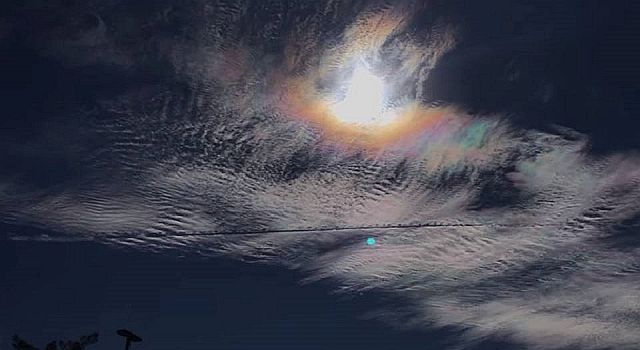 The phenomenon is a so-called fire rainbow caused by sunlight reflecting off of ice crystals or maybe it is an earthquake light?

What to think about the effects of geo-engineering? Could it be a chembow around the sun which is the effect of chemicals like aluminium, barrium and strauntium components released by chemtrails in the air causing the unusual display in the sky? 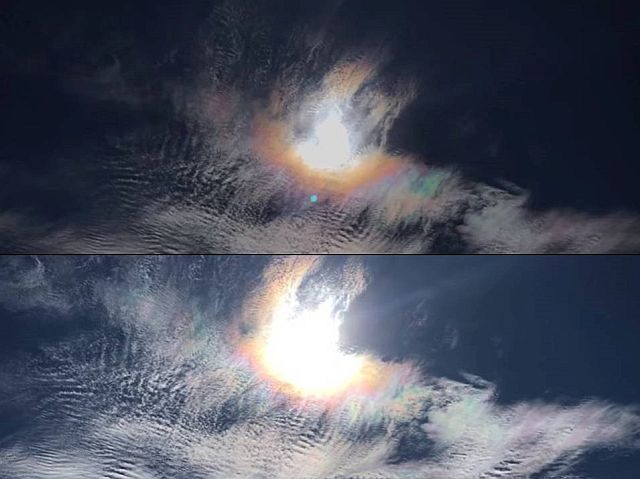 You can see the strange phenomenon in the short un-edited video below. (Note: The blue dot in the images and video is lens flare.)