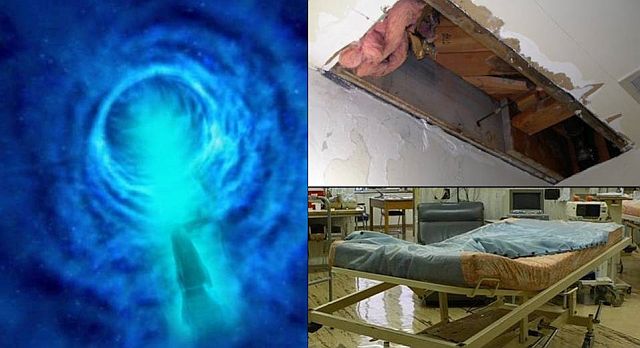 Father of six, Teteteke Gqotsi was admitted to the hospital on October 5 after he underwent abdominal surgery where the staff said he would make a recovery.

On that day, October 5, a nurse entered the room and Mr. Gqotsi was safely in his bed, moreover it was said that he was not be able to move from the bed.

Then the mystery begins, within one minute the nurse left the room to fetch clean linen for the beds and when she came back into the room Mr. Gqutsi had disappeared from the bed in which he had been laying.

The police who investigate this mysterious case along with the hospital’s staff remain baffled as to how he disappeared from his bed and ended up dead in the hospital’s ceiling as he was said to be in a post-operative state.

Since it seems impossible that a man so soon after surgery and with no possibility to got out of his bed, managed to climb up into the ceiling in the very short period the nurse left the room.

Now there is much speculation that Mr. Gqotsi was a victim of a secret teleport experience that gone wrong, though a teleportation does not seem very plausible.

Another possibility is that he has become the victim of Voodoo rituals.

Voodoo refers to a whole assortment of cultural elements: personal creeds and practices, including an elaborate system of folk medical practices and possessing the bodies of their worshipers.

According to the 61-year-old’s family, following their meeting with the hospital’s management Gqotsi’s brother, Christmas Khethwane, said the hospital failed to give the family a proper explanation on which they have concluded that foul play has occurred, reports iol.co.za.

Meanwhile it remains a mystery how he ended up in the hospital’s ceiling.