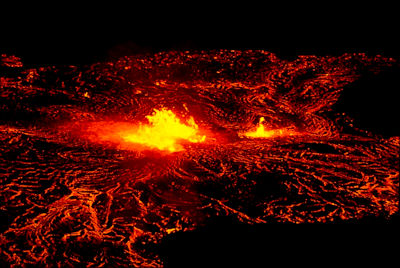 Four billion years ago, Earth was covered in a watery sludge swarming with primordial molecules, gases, and minerals — nothing that biologists would recognize as alive. Then somehow, out of that prebiotic stew emerged the first critical building blocks — proteins, sugars, amino acids, cell walls — that would combine over the next billion years to form the first specks of life on the planet.

A team of such chemists from the Scripps Research Institute reported Nov. 6 in the journal Nature Chemistry that they identified a single, primitive enzyme that could have reacted with early Earth catalysts to produce some of the key precursors to life ….