The mysterious Sri Padmanabhaswamy temple in India is known to be the richest temple in the world as it is covered in gold and billions of dollars in treasure have been found in several vaults but there is one mystery that makes it stand out from the rest and that is a mysterious sealed temple door that no one can open. 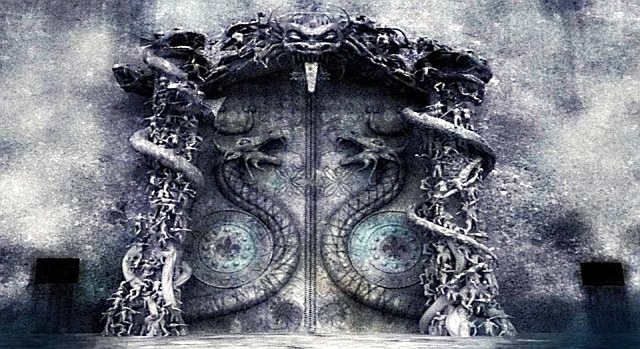 This mysterious door of the ancient Padmanabhaswamy temple is protected by two massive cobras painted on it and has no bolts, latches or any other means of entry.

It is said to house unimaginable wealth, and can only be entered by a high level ‘Sadhus’ familiar with the knowledge of chanting a ‘Garuda Mantra’.

It is believed that the door was sealed shut by sound waves from a secret chant lost in time. Hindu priests say that at present, there is no human capable of opening this door by executing these chants.