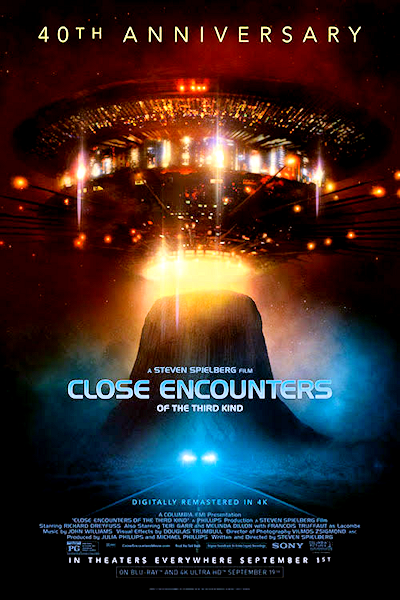 A cinematic marvel that inspired directors of the sci-fi genre, this month marks forty years since the release of Steven Spielberg’s Close Encounters of the Third Kind. It was also an integral component of the American UFO and abduction phenomenon in the late 20th century, which significantly increased public awareness and interest in extraterrestrial existence.

Close Encounters of The Psychological Kind