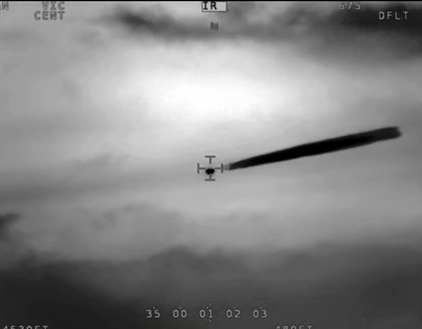 This article, along with others exploring the possibilities of alien life and other mysteries hidden beyond the stars, is featured in Newsweek’s Special Edition: Life Beyond Earth? The Mission to Find the Answer.

disinterest. “The Air Force was the head agency during Project Blue Book, where they went out into the field and talked to witnesses, essentially trying to figure out what was going on,” explains John Greenewald, founder of The Black Vault, an Internet-based resource that has compiled more than 1.4 million declassified government documents. “After 1969, it was the United States Air Force that said, ‘no government agency including our own has any interest in this phenomenon.’” But thanks to the dogged effort of Greenewald and other UFO researchers wielding Freedom of Information Act (FOIA) requests, anyone with an Internet connection and an open mind can deduce the government isn’t quite as apathetic toward UFOs as it claims.

One curious item indicative of the cat-and-mouse game Greenewald feels the government plays with UFO researchers was an entry in an Air Force training manual discovered through a FOIA request. “I discovered, about eight to 10 years ago now, an Air Force regulation, Air Force Instruction 10-206,” Greenewald says. “It deals with what to do if pilots see something strange in the sky and how they have to report it. The rule was a short list of things to look for—for example if they saw a missile streak across the sky, that was outlined as something they would need to report. On this very short list was the entry, ‘Unidentified Flying Objects.’ Obviously we’re talking about 30 or more years after their investigation was stopped.”

The Air Force Cover-Up:
“Deception, Distortion, and Lying to The Public About the Reality of the UFO Phenomenon”