Photographer states: During our stay at the Cairns Beach Resort in Cairns, Queensland, Australia on November 13, 2017 we were having breakfast on our balcony. I was on my mobile phone and I decided to take a photograph of plane coming into Land at Cairns Airport. 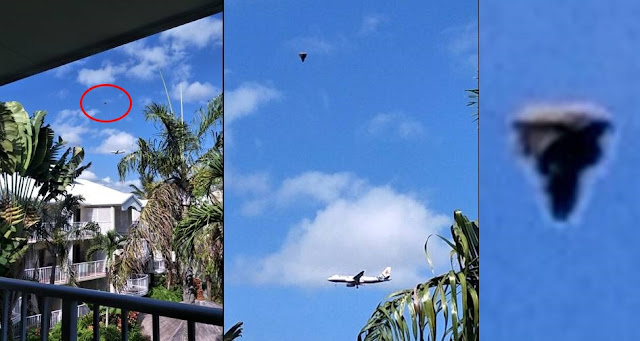 When I looked at the photograph I noticed a strange second object in the photograph. Note: The object looks like a flying humanoid carrying something on his back.

I then took another photo immediately in the same position. The second image was only 30 or so seconds after the first one but there was no object visible in the second photograph. 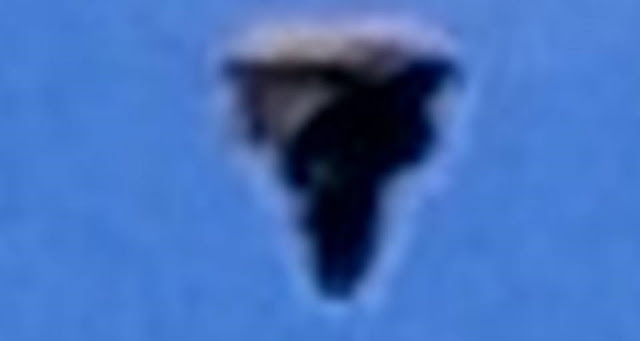 Flying Humanoid carrying something on his back?

I enlarged the first photograph and the image looked like a ‘spinning top’. We could not see any further sighting of the object which left us wanting to know more and ask ourselves if we just sighted a UFO? Mufon case 88321.