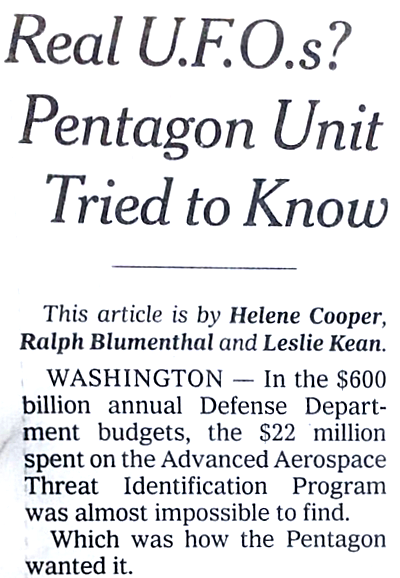 front-page story entitled “Real U.F.O.s? Pentagon Unit Tried to Know.” As if wary of the waters into which it was about to wade, the piece started out in a sober and measured tone, describing the existence of a heretofore little-known Department of Defense program, but then after the jump to page 27 loosened up and gave free rein to claims that the program had found evidence of strange aircraft that flew in seemingly impossible ways.