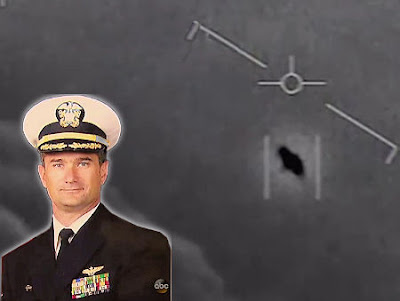 But the story he has to tell is literally out of this world.

Thirteen years ago, the Windham, N.H., resident was a veteran US Navy pilot at the controls of an F/A-18-F fighter jet flying off San Diego when he sighted an unidentified flying object and tried to intercept it.

“I want to join on it. I want to see how close I can get to it,” Fravor, 53, said, describing his thinking as he began the pursuit.

Then the object, which looked like a 4o-foot-long Tic Tac candy, “goes whoosh, and it’s gone.” he said. It accelerated rapidly and disappeared like no aircraft he had ever seen in his career.