A mysterious bright beam of light stretching from the ground to the sky is seen in Chucashia, Russia and the photographer who took images of the phenomenon is not convinced that it was a natural phenomenon. 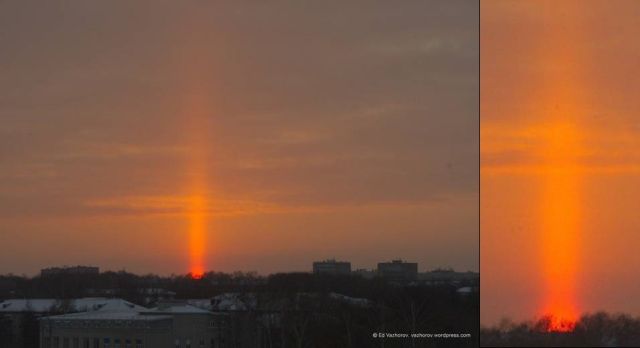 Credit image above and images below: Eduard Vazhorov VK.

On February 1, 2018 in Chuvashia, Russia, Eduard Vazhorov noticed an enormous light pillar coming from the upper edge of the sun disk. The beam of light appeared at sunset and was visible for about 15 minutes before it gradually faded away.

Eduard interrupted his work and quickly grabbed his camera and ran to the common inter-storey balcony to capture the amazing spectacle. 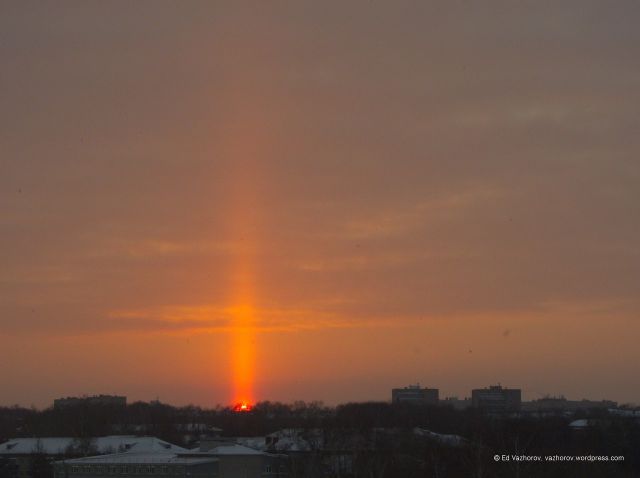 After taking the photos he was looking for an answer for the unnatural looking phenomenon in Wikipedia. Now according to Wikipedia, a light pillar is one of the most frequent halo species, a visual atmospheric phenomenon an optical effect that is a vertical strip of light that stretches from the Sun during its sunset or sunrise. 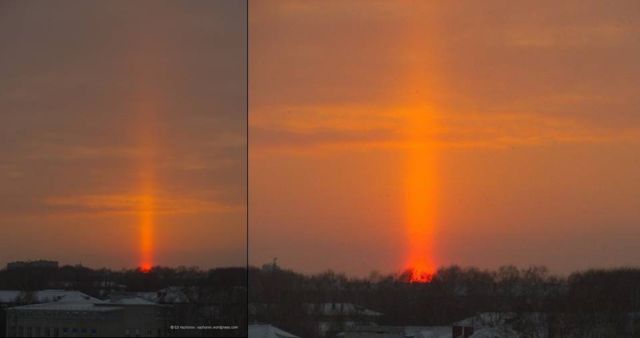