On January 30, 2018 a very strange intense colorful phenomenon appears in the sky over Ribeirão Claro in Paraná, Brazil. 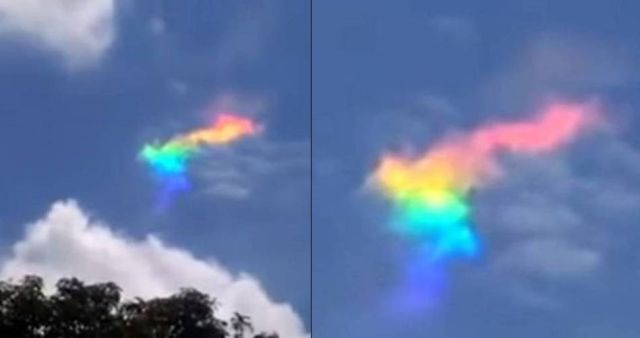 The phenomenon seems like it is floating in the air with no direct contact to the surrounding clouds.

It is said that the phenomenon is a so-called cloud iridescence but it looks more like an earthquake light, which is a luminous aerial phenomenon that reportedly appears in the sky at or near areas of tectonic stress, seismic activity, or volcanic eruptions.