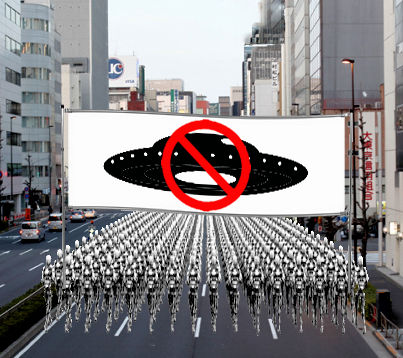 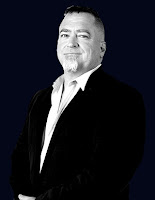 The Times’ primary source, the recently retired Army intelligence officer Luis Elizondo, stated in December the AATIP was operational from 2007-2012, but he added it was still being maintained in an unofficial capacity with an assist from the Navy and the CIA. Last week, in a little nugget that would appear to bear him out, Elizondo told Knapp the so-called “gimbal video” — the one that showed gun-cam footage of a Navy F-18 pursuing a UFO – was recorded in the skies above Florida in 2015. The original, carefully worded NYT story, which was accompanied by that video, mentioned an event off San Diego in 2004. Many readers, including yours truly, inferred the gimbal footage referenced that 14-year-old incident.

That begs the question: Why did it take us two months to learn the gimbal video was from 2015? The date, time and place of that encounter should’ve been included with the Times’ original reporting in December. The fact that it wasn’t suggests the reporters have fragmented information and are still piecing the scope of this thing together. And, in the absence of followups, the Skeptics are filling that space with counterarguments that aren’t implausible.
The most recent explanation for the gimbal video is a post by Committee for Skeptical Inquiry contributor Ian Williams Goddard. “By happenstance,” Goddard says in a YouTube explainer that went up last week, “the gimbal footage presents a fantastic confluence of visual confounders that produce a coherent illusion of a gravity-defying flying saucer.” Goddard reminds viewers that the F-18 video was obtained with infrared optics, which record only heat emissions, not the actual object itself. He goes to great lengths to illustrate how camera movement can account for what appears to be rotation by the F-18’s target. Goddard’s conclusion is that the Navy pilots were actually confused by the exhaust from a distant but conventional aircraft.

Without additional information from the To The Stars Academy, the investigative team that’s ostensibly calling the shots here, detractors are beginning to command the conversation. And you can always detect a Skeptical agenda by how quickly its advocates employ buzzwords that many serious researchers tend to avoid. Goddard informs us that “Rotating infrared signatures are not necessarily evidence of extraterrestrial technology,” and few would argue that. The E word is implicitly pejorative, since there’s no observational way to prove the origin of a UFO without “Gliese 581c” or “Trappist-1″ stamped on the fuselage.

Last week, on the SETI Institute’s “Skeptic Check” podcast, astronomer Seth Shostak and sidekick Molly Bentley empaneled the usual suspects to weigh in on the mystery. Shostak dusted off the familiar old trope – “The single video released does not provide conclusive proof of alien visitation” – and gave the mic to folks like astronomer and Center for Skeptical Inquiry (CSI) consultant James McGaha.

McGaha, a pilot and retired USAF officer, attacked the credibility of the Navy pilots who shared their eyewitness accounts with the Times in December. McGaha asserted that only astronomers like, like, well, McGaha, are qualified to interpret weird images in the sky.

Given the inherent inferiority of being a pilot without a degree in astronomy, it’s a little disingenuous for McGaha to take the word of a single helicopter pilot to discredit the dramatic 2008 Stephenville UFO incident, the subject of a 77-page report that supported multiple eyewitness testimonies with government radar records. Without revealing the helicopter pilot’s name (the pilot obviously had a degree in astronomy), McGaha said the only unusual thing happening in the sky over the Texas cowtown that night was an F-16 flare-drop exercise. Nothing to see here, folks.

Also joining Shostak’s crew was Benjamin Radford, a CSI research fellow who suggested the AATIP was a “pork project” cooked up by former Sen. Harry Reid as a sop to hotelier/aerospace entrepreneur Robert Bigelow. According to the Times, the AATIP’s $22 million in expenditures included modifying some of Bigelow’s facilities in Las Vegas to accommodate “the storage of metal alloys and other materials … recovered from unidentified aerial phenomena.” Exactly why a billionaire would do this for a lousy $22M with government strings attached is a mystery, but at least part of Radford’s concerns about funneling taxpayer money to a wealthy constituent are worth consideration. Especially if we’re dealing with hyperexotic material.

Retired Johnson Space Center engineer Jim Oberg isn’t quite the unbiased observer he says he is when it comes to UFOs. In his thumbs-down critique of Leslie Kean’s 2010 book UFOs: Generals, Pilots and Government Officials Go On the Record, Oberg was canny enough to steer clear of problematic radar data that bolstered pilot reports; instead, he confined his remarks to the fallibility of human perception. (Kean, as most of you know, worked with the Times on the AATIP story).

When Oberg joined “Skeptic Check,” however, he raised a point that should concern us all when it comes to the clout of private-sector special interests, like Robert Bigelow.

“There’s a feeling that if the UFOs are real, and he does the study,” Oberg said, “that his company would be able to make use of any discoveries, any patents, any technologies that are found.”

In that event, we’d be talking serious national security implications, which makes this a conversation we need to have. This is the age of Martin Shkreli, not Jonas Salk. As for the Times reporting — guys, give us something, anything, radar records, more video, just one (1) of the alleged three dozen AATIP reports floating around somewhere out there. Let’s get this show on the road again. Soon.