Over the past seventy years, thousands of animals have been found killed and mutilated, usually left lying on their sides, with multiple organs, like hearts, eyes, tongues, lungs, removed through precise cuts and no blood markers and so far there is no answer to this mystery.

Some days ago a similar event has occurred in Baiirro Alto, in Curitiba, Brazil where sixty birds were found dead in a chicken coop, a mysterious situation that left the residents of Baiiro Alto, quite frightened. 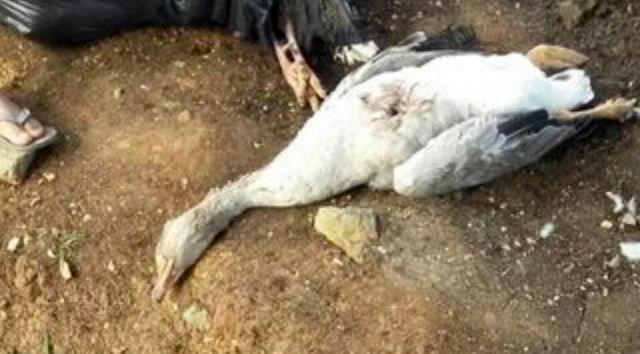 Only two chickens were left alive. The other birds – among geese, ducks and chickens – had their hearts torn out.

The hen owner found all the dead animals, with precise cuts on the chest, back and neck. In addition, no blood markers were identified in on-site burglary signs.

“I have never seen such a thing.”

“If there were two, three chickens, I could say it was a dog, but there were a lot of birds, “said the hen owner, Sidnei dos Santos to Massanews.

Another aspect of the mysterious death is the fact that neither Santos nor the neighbors heard any noise that indicated the presence of some person in the place. “They always made noise when people were around”

Are the aliens to blame for the death of the 60 birds?