A series of strange events occurred high up in the flight levels above Southern Arizona on February 24, 2017.

Between roughly 3:30pm and 4:15pm local time, N71PG, a Learjet 36 belonging to Phoenix Air, and American Airlines Flight 1095, an Airbus A321, had independent close encounters with a strange craft flying at around 40,000 feet. 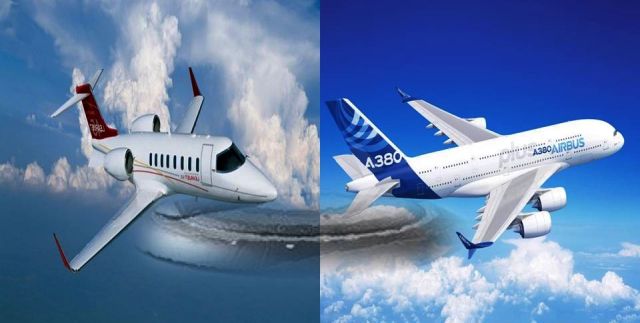 The planes were flying east at about 37,000 feet between the Sonoran Desert National Monument and the New Mexico border when the incident took place.

The initial report came from N71PG, the Learjet, asking Albuquerque Center if traffic had passed above them. The controller replied “negative,” meaning that there was no traffic to his knowledge that would account for such an observation.

The incident comes after a bizarre and remarkably well documented series of encounters with a mystery aircraft flying at a similar altitude occurred over Oregon and Northern California last October 2017.

In that prolonged event, USAF F-15s were scrambled to investigate and the response from both the FAA and the military was extensive on multiple levels.

Here is the unedited and official audio recording of the Arizona incident – Warzone Link:

And here is the unedited and official audio recording of the Oregon and Northern California incident – Warzone link: