The video, posted by Hung Leung on his Facebook page, was captured by a dashboard cam of a car following the taxi on a narrow road and shows a blast of fog for a split-second before it blown into the left side of the taxi, reports thesundaily.my 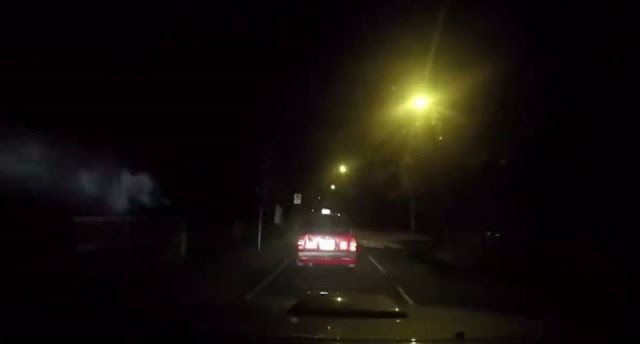 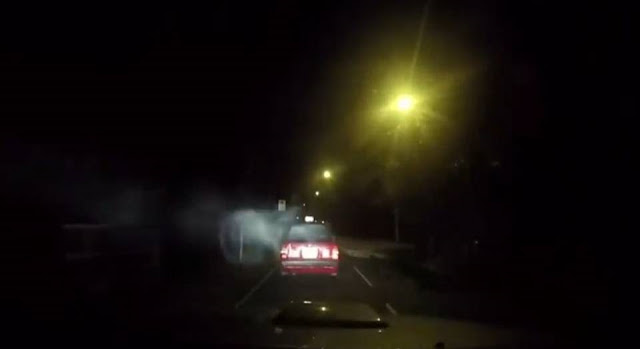 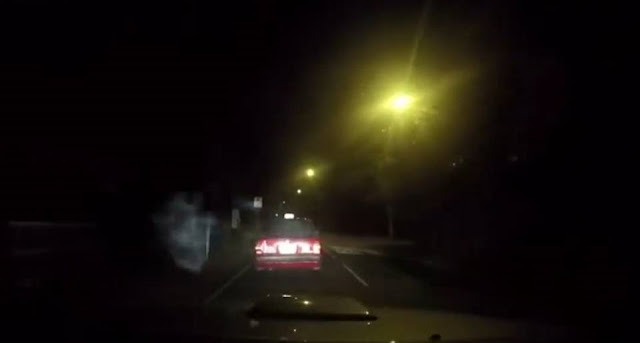 Then the taxi swerves off the road to the right and nearly collides with a tree.

The driver in the vehicle behind the taxi can be heard freaking out in the 23-sec clip. 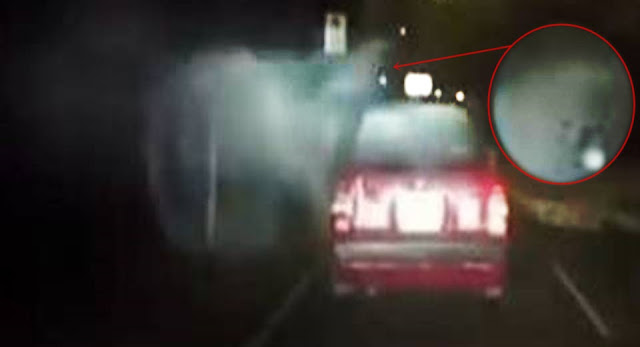 Screenshots from the video clearly show the blast of fog that looks like a supernatural being that collided with the car. Below the video of the very strange phenomenon.