While driving on March 13th, 2018 in Ohio, Justin saw lights coming from the upper right side of the screen. 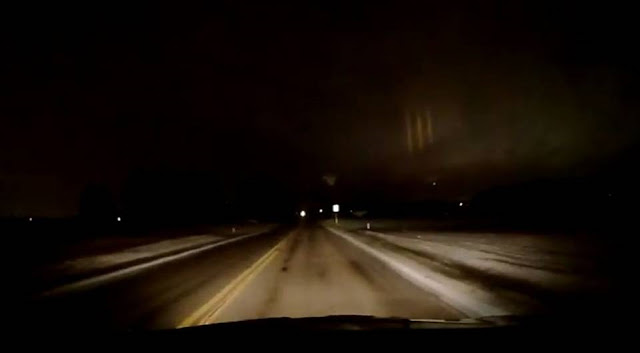 At first Justin thought it was a reflection but realized it wasn’t because the light was being blocked by the trees.

Indeed it is not a reflection and again an orange glow in the sky that surrounds the beams of light before the mysterious phenomenon disappears and the night sky turns to normal again.

The strange sky phenomenon starts at the 0.48 mark in the video.