An unusual observation has been noticed in the Gulf of Mexico as a persistent heat anomaly continues to appear on multiple instruments and weather maps. 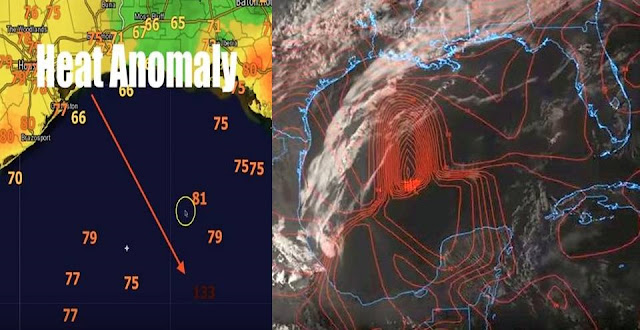 Is an underwater volcano starting to erupt or is a hydro thermal vent possibly? The last reading was 133 degrees!

But they not only discovered the underwater volcano, also they discovered alongside the asphalt were areas soaked with petroleum and methane hydrate, also spewed from the volcano.

Is it possible that the strange heat anomaly comes from this huge underwater volcano and could it be a sign of an underwater eruption or a sign that the volcano has come back to life?