A strange blue glow was spotted moving through the sky over Oxfordshire and Buckingham last night, with sightings from all over the county and beyond. 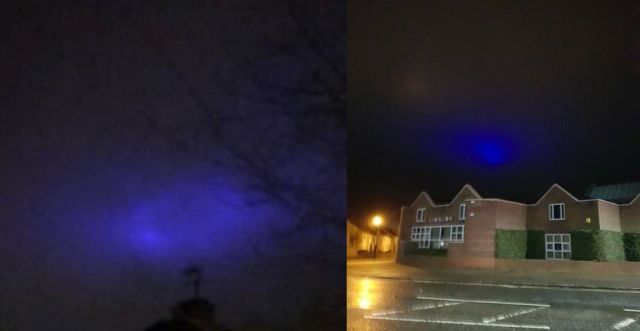 Sightings of the blue lights were seen across the county and were spotted by multiple people.

The lights were also photographed by residents of Bicester in Oxfordshire.

A witness said that it looked like a flood light but it got brighter and moved across the sky, right over us before vanishing out of sight.

Another witness stated that he only saw a large purple/blue light moving slowly across the sky from north to south west and it made no sound as a plane or chopper would make; definitely not a train or reflection from flood waters, ExpressCo and Oxfordshiremail reports.