Strange lights have been spotted in the night sky over Baltimore and Holland Hills on April 16, 2018.

A witness of the lights has submitted the sighting to Mufon case 914475 said: 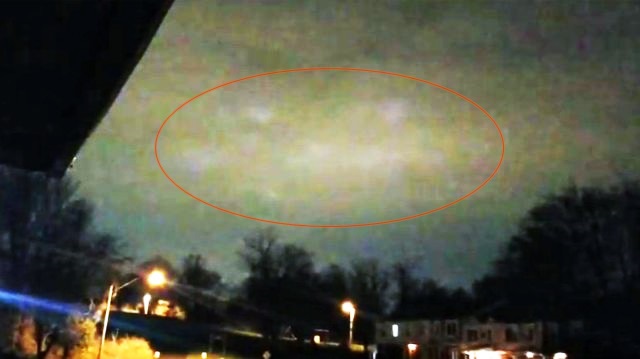 White round lights. Random positions, rapid change of directions, several of them, I personally lived in Baltimore for several years, never seen anything like it (near the harbor).

There are many of them, not just a few (1-3) there are 10+ going random directions, almost like ghosts. (Almost like the “birds” incident live on the news).

But, instead white orb like lights ABOVE the clouds, and I personally know the people in the video, they also stated they thought it was spot lights from the harbor, but then they soon realized there was no source from the ground in plain sight; also the lights are ABOVE the dark clouds.

Note: The lights may be birds, such as seagulls, or is it more mysterious?