Blop02 noticed strange flashes/light anomalies in the sky at approximately 8:40 pm on April 18, 2018 from thuringia, Germany and Blop02 has no idea what this phenomenon exactly is and how it was caused. 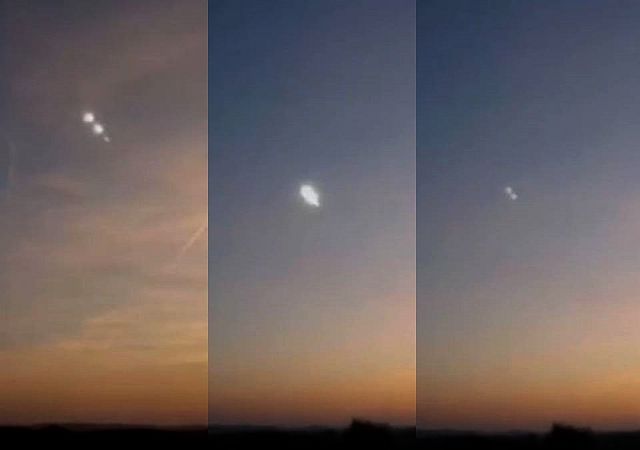 The light anomalies are best described as a series of 3 plasma balls which simultaneously light up into a big flash, then dim and disappear.

The strange appearance happened several times in a row and it looks like something is shooting some sort of plasma balls from an unknown location in the sky or space.