‘Don’t Stop Motion’ recently filming the moon was left baffled when three mystery objects floated past it and rapidly disappear out of frame. 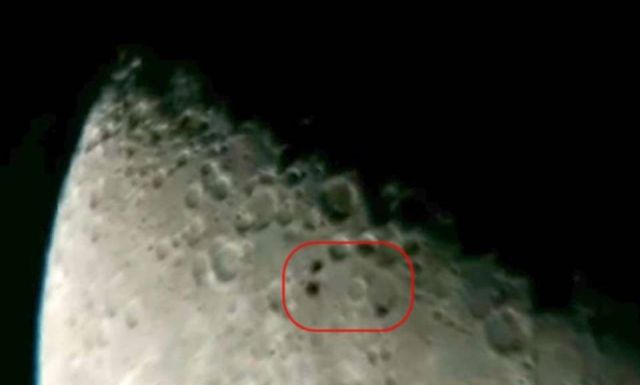 The video begins with the camera focused on the moon and its signature craters. However, at the 1:18 mark, three strange objects can be seen dancing past the moon.

He believes it was most likely helium balloons that someone released, but admits the theory cannot be confirmed.

The footage was taken with a S8 attached to a 6″ Newtonian Reflector scope. It was originally in portrait, but he rotated the video 90° clockwise. That’s why the moon is oriented the way it is.