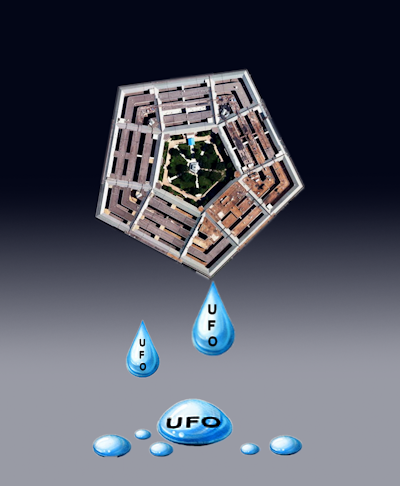 Count ‘em: 13 single-spaced pages of a wonkishly detailed narrative about what happened during an unscheduled military rendezvous with a cosmic hot rod off the coast of southern California in November 2004. Included is an itemized rundown of every feature of the Nimitz Carrier Strike Group (CSG-11), as well as profiles of tracking hardware wired for astonishing capabilities. (The AN/SPY-1 phased array radar system, for instance, can scan for more than 100 targets simultaneously and, as Knapp put it last Friday, is “capable of detecting a golf ball at 100 miles.”) And nothing sounds more official than the clutter of arcane acronyms, none more significant than AAV – Anomalous Aerial Vehicle.

This “Executive Summary,” which Knapp said was compiled in 2009, revisits the mystery that CSG-11 found itself confronting over a six-day period five years earlier when AAVs, UFOs, UCTs, UAP, EFOs or whatever we’re calling them these days decided to introduce the U.S. Navy to its limitations. In three separate incidents, the AAV easily outpaced/outmaneuvered the fleet’s attempts to make the intruder’s license plate. “Given its ability to operate unchallenged in close vicinity to the CSG,” concluded the summary, “it demonstrated the potential to conduct undetected reconnaissance, leaving the CSG with a limited ability to detect, track, and/or engage the AAV.”

The centerpiece of the encounter, as we all know now, is the so-called Tic-Tac video, showcased to great effect in December by the New York Times. Approximately 46 feet long, the breath mint-shaped UFO effectively evaded every approach by carrier fighters, eluded radar, showed evidence of invisibility cloaking, reversed course at a bone-sloshing angle, and plummeted within “a matter of seconds” the height of two Mount Everests stacked atop each other. Navy pilots got halfway decent glimpses of Tic-Tac only after it appeared to slow down to let them catch up. Also: Tic Tac and/or something associated with it churned the otherwise glassy ocean surface below into what looked like water displacement. Then it beat our warplanes back to their original vector point.

Tyler Rogoway, the War Zone defense industry reporter who has raised the bar in this field over the past couple of months with stellar FOIA work on two recent U.S. incidents, is unambiguously impressed with the quality of the witnesses and the overall level of detail in the accounting.

“Regardless if you think the AATIP program was totally legit or some type of elaborate misinformation mechanism dreamed up in the darkest corners of the defense-industrial complex,” Rogoway wrote on Tuesday, “during that week in November of 2004, something totally strange did indeed occur. And it didn’t just happen in a blink of an eye, it happened over days, with the object in question being examined by a multitude of the U.S. Navy’s front-line sensors as well as by the human eye of one of the best-trained and reliable observers one can imagine.”

A worthy debate over the provenance of the documents is ongoing. Between now and whenever the authenticity issue is resolved, the military’s characterization of the intruder(s) – “no known aircraft or air vehicle currently in the inventory of the United States or any other foreign nation,” “advanced aerodynamic performance,” “advanced propulsion capability,” and “possibly … a highly advanced capability to operate undersea completely undetectable by our most advanced sensors” – is making an implicit but revolutionary concession: not only can’t we compete with Tic Tac, the thing appears to be mocking our illusions of absolute control.

Last month, Politico celebrated the addition of space news coverage by sponsoring a bipartisan discussion joined by Rep. Ami Bera (D-CA), Rep. Randy Hultgren (R-IL), and Mary Lynne Dittmar, advisor to Donald Trump’s space policy council on behalf of the Coalition for Deep Space Exploration. In a pleasantly surprising move, the Politico moderator asked them to weigh in on the recent UFO dustup. Both pols advocated for hearings before the House Committee on Science, Space and Technology. “Look,” Bera added, “if you want to boost our C-Span ratings, a lot of people would be really interested.”

Gee. Wonder why nobody ever thought of that before? Maybe it’s time to trot out of some of 2016’s greatest disappointments and ask once again: Could The Great Taboo become a campaign issue? Raise your hand if you thought three years ago that Trump could ever get elected president. And what role does the veracity of these Tic Tac documents play in moving forward? After all, they are, ahem, devoid of government imprimatur or release dates. There are no signatures or code numbers to tell us where this buck stops. And those familiar with the secret sharers are playing it close.

Leslie Kean, co-author of The Times piece, says her team reviewed the documents last October, and the accounting was essential to convincing them to pursue the AATIP story. “We … were given them by confidential sources who provided them to us under the agreement that they were for us only and not for public release,” she states. “We don’t release documents provided in this way.”

Mr. Knapp isn’t spilling the beans, either. “The report has never been ‘released’ in a formal sense,” he writes in an email. “I can’t say how anyone else got a copy, but mine was leaked, as opposed to being released. I obtained it— along with other materials– back in March. My plan all along was to write a couple of news stories to air in May, which allowed me enough time to verify the contents and also to put together a few news reports to air on KLAS. My primary audience is the viewing public of Las Vegas, not the UFO community.”

So what’s going on backstage? Whoever is controlling this material appears deeply conflicted. Or maybe there’s a fissure in the bureaucracy, or whatever passes for containment walls these days. Given the halting, piecemeal release of documents and videos, which might’ve packed an even bigger wallop were they all bundled together in December, it’s pretty clear that that no one is really in full command of this storyline, at least not yet. And in these fact-challenged times, maybe that’s not an entirely bad thing.